Lust of the Vampire Pharaoh


Somebody got all the tax money!

It wasn't Abraxas, was it? He hunted vampires for money! That would explain why he had that emblem! So the king commissioned Abraxas to hunt down the remaining vampires? That would be possible But wouldn't that mean that the king knew of the existence of vampires? And why didn't the king just send out his knights, but only Abraxas?

Maybe he knew of the existence of the vampires, but didn't want to send the population into a panic? After all, there's no more Vincent Weynard. The people would just live in fear But then there's still a small logic error BY his financier! But if only Abraxas is strong enough to kill all the other vampires, then he surely wasn't going to be scared of being killed himself, especially by the king. That's right So Mr.

X can't be Abraxas, and therefore the king was paying somebody else! There's more: " I hate having to go to Asran and put the money between the flowers on that grave. I always feel so shabby I always tell them that one of my mistresses is buried there, but of course, that's a lie.

Nobody can learn the truth The people would become scared and demand that I send out my army to destroy them. But they can't see that this would be the doom of my army. They're just not strong enough to deal with vampires. Thankfully, the people still believe that the vampires were completely destroyed by Vincent Weynard, and with that I can reign in relative peace.

PDF Lust of the Vampire Pharaoh

And to make sure it stays that way, I made that deal with "him". I intentionally will not mention his name in this book, since it could fall into the wrong hands. He says that it would be better for humanity if all the vampires were wiped out, and he could not do it himself for obvious reasons. It would be too dangerous for him. But he already found a henchman that will do that work for him.

Of course only for money, and quite a sum at that. X also wanted the castle emblem, which he would give to his henchman just in case he needed to bring me important information. However, I have yet to see him as of this day. I pray to God that nobody ever learns what I actually use the tax money for. My knights are already complaining that I only buy cheap weapons from the desert.


But I need the money for Mr. It's the best thing for me and humanity. May God guide me And he really did use the money to wipe them out. He was also scared for his knights and his power, so he had to keep everything secret! And so Abraxas really was just a henchman. A vampire hunter for hire! So now we need to find out WHO did get the money, and with that who was Abraxas's financier! And then we'll kill him.


As punishment for wanting to kill us. And all the other vampires in the world! Yeah, yeah, those too You really are an egotist, Asgar! I know So, this text says that the king always put the money on a grave in Asran What a coincidence that our path leads back to that city! Well, that was some plot dump there. So, in short: King pays Mr.

X to kill vampires, Mr. X pays Abraxas to kill vampires. X apparently operates out of Asran, given that that's where the money is deposited. So we'll be heading to Asran soon, but we have some side stuff to deal with beforehand. Also, the final chest just had some save stones. First stop, the forest outside Iranis where we still have to deal with that cult thing.

We're now level 42, so the enemies around here aren't that much of a threat anymore, and we can make our way to the boss area pretty much without any major trouble. Cult Leader But it will not be the last! Our god, Gargasch, still demands six further sacrifices this week! And so we will be getting another sacrifice from Iranis tomorrow I'm guessing that this is the cult that's causing trouble for the pastor in Iranis! Kill them! Let's go, then! So now everybody starts running towards us and we have to kill them all.

But before we fight them, let's rewind for a second. Who was that god they were sacrificing people to again? Hm, doesn't that name sound familiar? Why, yes, it's the main antagonist of Dunkle Schatten, Marlex's first game. This brings up that point that I raised earlier when we found Hyuga's grave - just what the fuck is Dunkle Schatten in the world of Vampires Dawn? Is it a story based on actual events of the past that have been since forgotten? I guess that would kind of make sense, but it's still quite strange. What a strange thing to think about, I never noticed this before.

Anyway, the fight. The cult leader can be quite rough. She's got great Attack and Defense, strong spells of different varieties, and can cause quite a few status effects. However, when I was fighting her, she just didn't do a lot of that. So I just wailed on her with melee weapons until she died.

Now your embarrassing cult will be completely wiped out! Oh, what original last words! And dead. And then there's the cult members, which are not a problem at this point. They can either deal damage to one party member, or all of them, but either can be healed up easily by either Alaine or Asgar while the other two wail on the guy. Now, repeat this fight three more times, and we're done. Back to the church in Iranis! Pastor: There are our heroes! I've already heard!

You really did manage to get rid of them! I thank you so much! 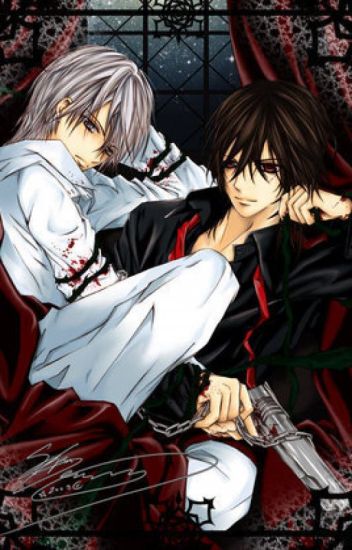 Now, here is your promised reward! There's our third set of vampire armor, so we're now properly decked out on that front. All three of our party members now have a Defense of over , which is very nice. Bishop: Have you already found the cross? Yes, here it is! Bishop: Oh, you really did manage to find it!

The church is truly thankful! But tell me, what happened to Sister Miriam? Um, she Bishop: I understand But do you know how she died? Um, no, actually we didn't find the cross on her, but in a store. Bishop: Oh, Sister Miriam, how could you do such a terrible deed and sell the cross? I will pray that she will soon return to God's path.

Well, we probably can't help you with that. Bishop: Take this Holy Sand as a reward. Next stop, let's drop off that sacrificial dagger with the Children of the Apocalypse. Cult Member: Have you already found the dagger? Yes, we have. Cult Member Cult Member: Truly incredible!